After seeing posts from others and sharing with some how I hadn’t had any issues with my t:slim’s battery door and being in awe and wonder of how some people can go through them so fast, it happened.

It was like the pride of the possibility of either having an invincible charge port door or having the super ability to be unknowingly very careful was gone. Poof.

But, I digress. I’ve joined the ranks of those who have had to replace their charge port doors now. 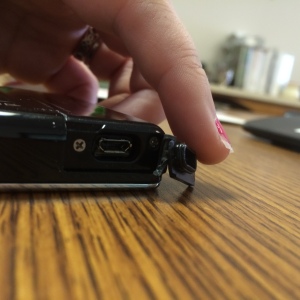 Everything’s all good now though. I noticed the barely-hanging-on door Monday and called it in to Tandem, and they promptly sent me two complementary doors. You just pop the old one off and pop the new one on. Which, I have to say, the new ones look to be built sturdier, so hopefully they won’t wear has fast.

And so goes another day in this little adventure with my t:slim.